August 9, 2020 (Sunday) 10:00-12:00 (Japan time), August 8, 2020 (Saturday) 18:00-20:00 (US West Coast/DST), 2nd Global Digicon Salon by Zoom 002″ was held.
The theme is “Think Different Education”. After a keynote speech by Junichi Kawaminami, Professor at Doshisha University who was in charge of the “Think Different” campaign at Apple Japan, David Ushijima, former Excective Editor of “MACWORLD” magazine in U.S., Daiya Hashimoto, Professor of Digital Hollywood University and Seiichi Nakajima, representative of Ai Jockey  had a panel discussion. And finally we had a Q&A and free talk with all the participants.

At the beginning, Toshihiro Takagi, the moderator, explained about the theme.
With the escalation of COVID-19, many nations, businesses, schools, families and individuals are going bankrupt all over the world. “Think Different” is a hint to how to think and act in such a critical situation. Because “Think Different” is a “Magic Word”, “Magic Method” that Steve Jobs, who returned to Apple just before bankruptcy in 1997, made a dramatic V-shaped recovery of Apple and eventually became the world’s largest market capitalization company. At that time, if Apple couldn’t “Think Different”, would have gone bankrupt. In 2007, Apple introduced iPhone. Through “Think Different,” Apple have established a new global standard of smartphones and have made a leap forward to become the world’s largest market capitalization company. On the other hand, all existing mobile phone makers and smartphone makers that could not “Think Different” were eliminated. We are in a critical crisis right now. But we have a big chance to establish a new global standard for e-government, e-business, e-school, e-community, e-family and e-individual through “Think Different”.

In the panel discussion, David Ushijima said “Now we get a chance to do a new “personal virtual group learning” by using Zoom and MmHmm. You can share ideas even if the automatic translation is not perfect. You can also chat during a meeting. This is a learning method that has never existed before. The social disruption brought by the COVID-19 is a great opportunity to learn this future learning method. I’d like to say young people like this. When you ask yourself that how I can change this critical situation, ask yourself that how I can be creative crazy people. Because you can create nothing without destroy anything. Many businessmen don’t consider themselves artists. But if you don’t become an artist, you can’t create something new. This is a very difficult concept for businessmen.
Next, Daiya Hashimoto conducted “Active Learning” training for 300 new students this year at the Digital Hollywood University for 5 days in April. Created 50 groups of 6 students and let them create novels with the theme of “thinking about society after COVID-19” and complete them with illustrations. At the end, VTuber introduced 50 e-books. This is not possible with conventional one-sided lectures. I found the possibility of new creative and collabotive education. At the graduate school of Tama University, 7 out of 10 students are foreigners now. So it is no longer possible to translate and convey the latest information about the US Silicon Valley as before. Therefore, I decided to instruct each of them to collect and present 20 cutting-edge technologies in their own countries. Then, in addition to the 300 cases I collected, could collect 200 cases from each country, totaling 500 cases. Then, for example, it became possible to collect interesting Chinese technologies that were not mentioned in the news in Japan. Sharing itself isbecoming a new learning method. In the case of Minerva University, students traveled to seven countries by the time they graduated, interacting with innovators in each country, and learning about the history of each country.
And Seiichi Nakajima said that past education was to let students reply a predetermined correct answer. After COVID-19, in an era when there is no answer, we must educate students to develop the ability to think for themselves. Media are tools, and tools expand the functions of human and connect people to each other. McLuhan explained in 1964 that “Electricity is only incidentally visual and auditory; it is primarily tactile.” (Media Theory, Misuzu Shobo P.255). I think it will be the age of tactile media from now on.
It was difficult to put together because it was a very wide-ranging discussion. From Jobs’ “Wheels for the mind” to McLuhan’s “tactile media theory”, what they have in common is that they are grasping this critical situation from the viewpoint of “life evolution”. We should now “Think Different” with a strong will, and if we can “Think Different,” we can overcome this crisis.

Junichi Kawaminami
Professor, Doshisha Graduate School of Business (Global MBA Program)
Born in 1956. BA from Doshisha University, MBA from W. P. Carey School of Business, Arizona State University. Kawaminami had been engaged in Marketing and Communications for more than 30 years in several leading brands, including Mobil, Apple, Sun Microsystems, Skylark and McDonald’s. In these companies he held Director and Officer positions in charge of Marketing, Brand Management, Advertising, Public Relations, Event, Evangelism, Risk Management, and CEO Office. He was engaged in strategic initiatives to turnaround business with companies in their dark times, such as the “Think different” brand campaign to revitalize Apple’s brand when Steve Jobs returned to Apple. He was also engaged in changing and enhancing brand perception of other brands in dark times, such as McDonald’s Japan where he led the CEO communication activities of McDonald’s Japan since 2015 or the most difficult year for the company in its history. He is teaching Marketing Communications in the Global MBA Program at Doshisha Business School in Kyoto, Japan since April 2019. 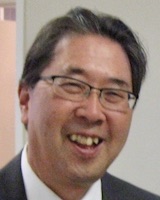 Daiya Hashimoto
Professor at Digital Hollywood University, Director of Media Library
Born in 1970. Founder of Datasection Inc., a technology venture company for big data and artificial intelligence. After listing the company, he became the company’s advisor. And became educator and entrepreneur.Pursuing innovation in the areas of education and IT. His books include “Data Scientist, Intellectual Worker Who Moves Company by Analyzing Data” (SB new book), “Information Power” (Sho-eisha). He has been writing book review blogs for 10 years, and has a book review book, “213 Compass in the Age of Information Studies Web” (Shufu-to-Seikatsusha). Visiting Professor at Tama University Graduate School. Director of Waseda Institute of Information Technology.