Global Digicon Salon 016〜ITday Japan 2021〜Can IT save the worsening crisis of the mankind?

The 16th “Global Digicon Salon 016” will be held on a global scale on December 5, 2021 (Sun) 10: 00-12: 00 (Japan time), and December 4, 2021 (Sat) 17:00-19:00 (LA Time).
The theme will be “ITday Japan 2021 – Can IT save the worsening crisis of the mankind?”.
“IT Day” means “IT Revolution Memorial Day”. On December 9, 1968, Douglas Engelbart performed a historic demonstration called “The DEMO,”, “A computer network that augments human Intellect, and promotes people’s cooperation, to solve the serious problems facing humankind”. To commemorate the starting point of the IT revolution, we have held a symposium entitled “IT Day” every December. This year, the 53rd anniversary of “The DEMO,” the theme will be “Can IT save the worsening crisis of the mankind?”
The COVID-19 pandemic, which began in 2020, caused various economic turmoil around the world. And the economic turmoil accelerated the uneven distribution of wealth. This is because no matter how much the Government puts money into the market like hot water due to fiscal stimulus, it does not pass on to the economically deprived, but only enriches rich people in the current political economy system. Tyranny is becoming more tyranny, and suppressions of human rights are taking place here and there. And the destruction of nature that has been justified by economic growth, causes extreme weather, global warming, and extinction of species. And unless the immediate steering is made in a sustainable direction, the entire ecosystem will be destroyed. We have come to the point where humanity may face a crisis of survival.
Under these circumstances, there are some bright signs. The COVID-19 pandemic has facilitated a number of remote revolutions, including teleworking, online learning, and virtual tours. And that has led to the creation of new work styles and lifestyles, which in turn has created a number of IT innovations that may lead to the construction of sustainable social systems.
The COVID-19 pandemic is undoubtedly a great disaster for us. However, on the other hand, it is also an opportunity for us to fundamentally review the existing social system and bring about great innovation. In fact, humankind has made great progress in the face of such a crisis. This time, we will have a thorough discussion with technology writer Kazutoshi Otani, BRIDGE co-founder Masaru Ikeda, and Universal Research Laboratory representative Makoto Urano on the theme of the growing crisis of humankind and the latest trends in IT technology. In addition, when I reported this symposium to the Doug Engelbart Institute, I received an offer from Executive Director and Co-Founder of the Doug Engelbart Institute, Christina Engelbart, to formally sponsor it. And I received a message that we would like to continue discussions on what kind of contribution we can make to the World by cooperating with each other. On the day, I would like to introduce the message from Christina and discuss about the future activities of “IT day”.

To apply, click “チケットを申し込む（Apply for Ticket）” on the right of this page ( https://lobal-digicon-salon-016.peatix.com/ ).
Participation fee is free.
The number of participants for the Zoom seminar is 100 (please note: first-come-first-served basis on the day). Tickets will be issued by more than 100 people, so if you can not participate in more than the recruitment number of people, we will deliver it on YouTube Live, so please see that. 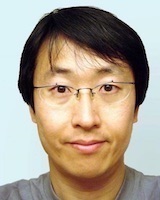 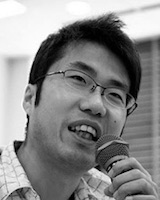 Masaru Ikeda
BRIDGE co-founder
Masaru Ikeda currently acts as co-founder of “BRIDGE”, one of Japan’s leading media outlets covering the startup scene in Japan and the rest of the world. He started his career as a programmer/engineer, and previously co-founded several system integration companies and consulting firms. He’s been traveling around Silicon Valley, Europe and Asia exploring the IT industry and prominent startups.
■BRIDGE
https://thebridge.jp/ 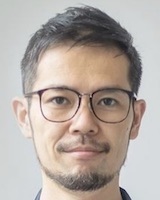 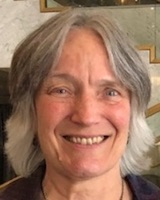 Christina Engelbart
Executive Director and Co-Founder of the Doug Engelbart Institute
Christina got her start in 1978 as in intern in Doug Engelbart’s lab, first as a Customer Service and Training rep, then as an East Coast field rep, for early customers of the NLS/Augment system developed in Doug’s lab, and later specified the user interface for the Augment hypermail program. Christina then joined forces with Doug to launch the Bootstrap Institute (now the Doug Engelbart Institute*), working closely with her father to refine his vision and implementa­tion strategy, develop demonstration software, and promote his teachings via writings, workshops, courseware, expeditions, and communities of practice, and produce the first Bootstrap website. Christina works along three intersecting vectors: (1) as head curator of the Engelbart Archive, bringing his considerable historic legacy to life online; (2) as producer of the open source Engelbart Academy, featuring Doug’s still prescient call to action in his own words; and (3) bringing that vision to practice as an actionable stragety for Bootstrapping Brilliance in today’s teams and organizations, an approach that dovetails with prevailing innovation strategies for greater transformational impact..
■Doug Engelbart Institute
https://dougengelbart.org/ 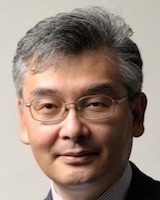